Signs of Spring on ALT Lands 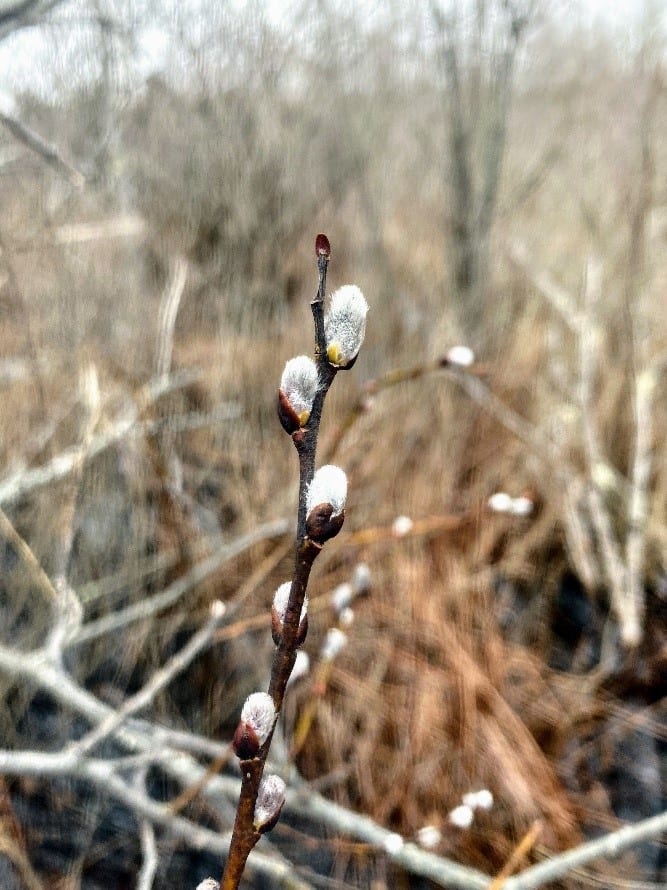 I first hear spring arrive in the calls of the Red-winged Blackbirds filling the swamps. I know that soon the American Woodcock will appear in open fields probing for worms and conducting their courtship dance at dusk. The earliest flowers start appearing now to shed their pollen on the air currents.  The Pussy Willow may open during any warm spell, sometimes starting prematurely in November or December.  Cuttings of branches of these taken indoors tell me that warmer days are coming.  The flowers emerge with just the white fussy part appearing first and this is the male or pollen producing flower.  The female flower will be found on separate plants. 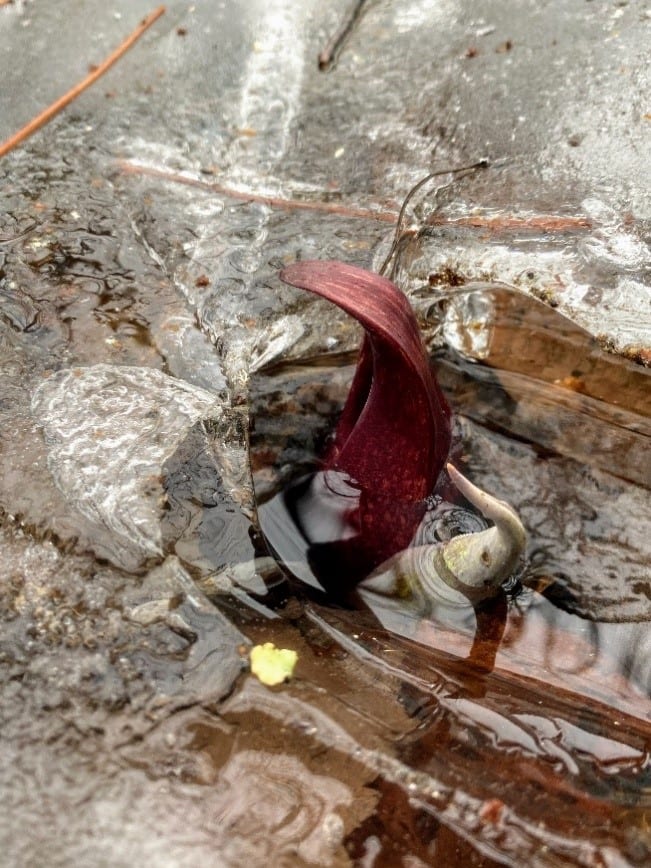 Skunk Cabbage appears soon after the Pussy Willow and can often be seen pushing up through the ice in swamps.  The heat produced by its metabolism melts the frozen ground and water surrounding them.  When bruised they smell of skunk.  Peering into the maroon enclosure (called a spathe) you can see a yellow club-like flower.  A tightly curled cluster of leaves appears just to the right of the spathe and will open into a bright green bouquet 2-3 feet high well before the leaves on the trees above appear. 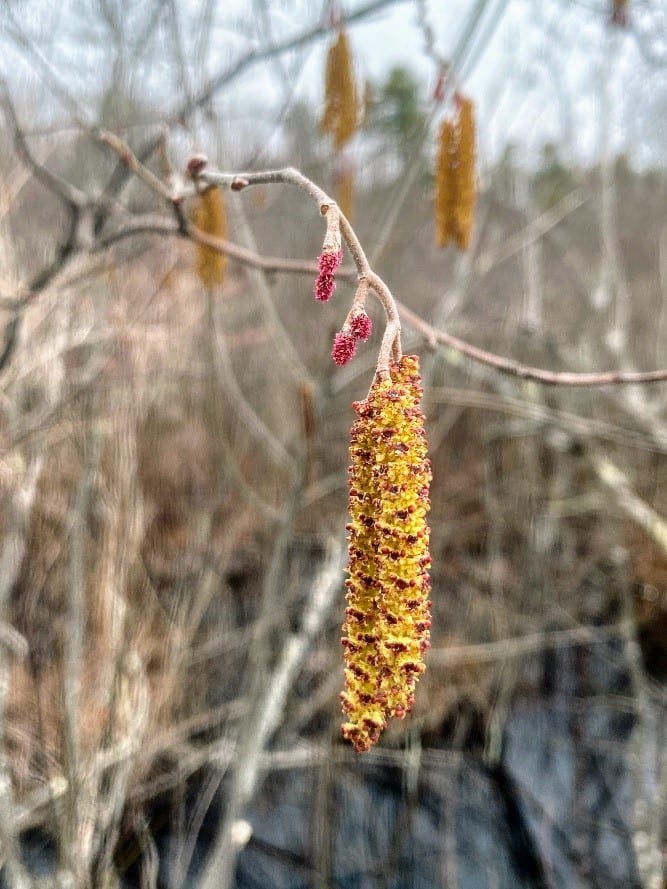 Speckled Alder catkins appear and will release clouds of yellow pollen when lightly touched or winds. These shrubs will grow to 30 feet tall and are usually found often in dense thickets in swampy areas.  The grow quickly and like clover enrich the soil with nitrogen-fixing bacteria found in association with their roots.  The grow rapidly in we areas providing excellent erosion control.  A variety of animals seek out the twigs and buds as food including moose, muskrat, beaver and rabbits.  Birds will feed on the buds and seeds including woodcock, grouse, goldfinches and redpolls.  buds and seeds including woodcock, grouse, goldfinches and redpolls.All of these flowers can be found on many of ALT properties including Rancourt, Sherwood, Spruce Mountain and Purinton Preserve.  Consider visiting one of these lands to see how many flowers you can find.  Also consider joining me look for signs of spring including the Wood Frog and American Woodcock. 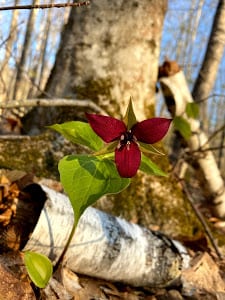 Spring brings on a rush of reawakening in the forest, yet the careful observer will note that all plants do not come into leaf at the same time. In an orderly procession, leaves emerge first from the forest floor, then in each succeedingly higher layer: shrubs, understory trees, and, finally, canopy trees. 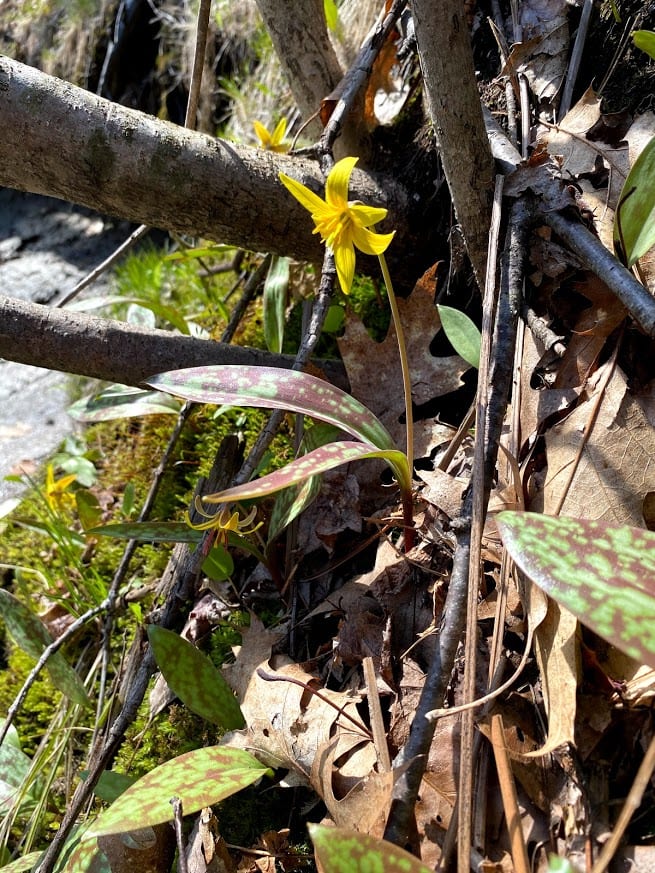 This is no accident. As a matter of survival, forest wildflowers have evolved a pattern of early season growth so that they may secure enough solar energy to flower (reproduce) and develop food reserves to carry them through another year. Once the leaves are out in the canopy, only one to two percent of the available sunlight reaches the ground. 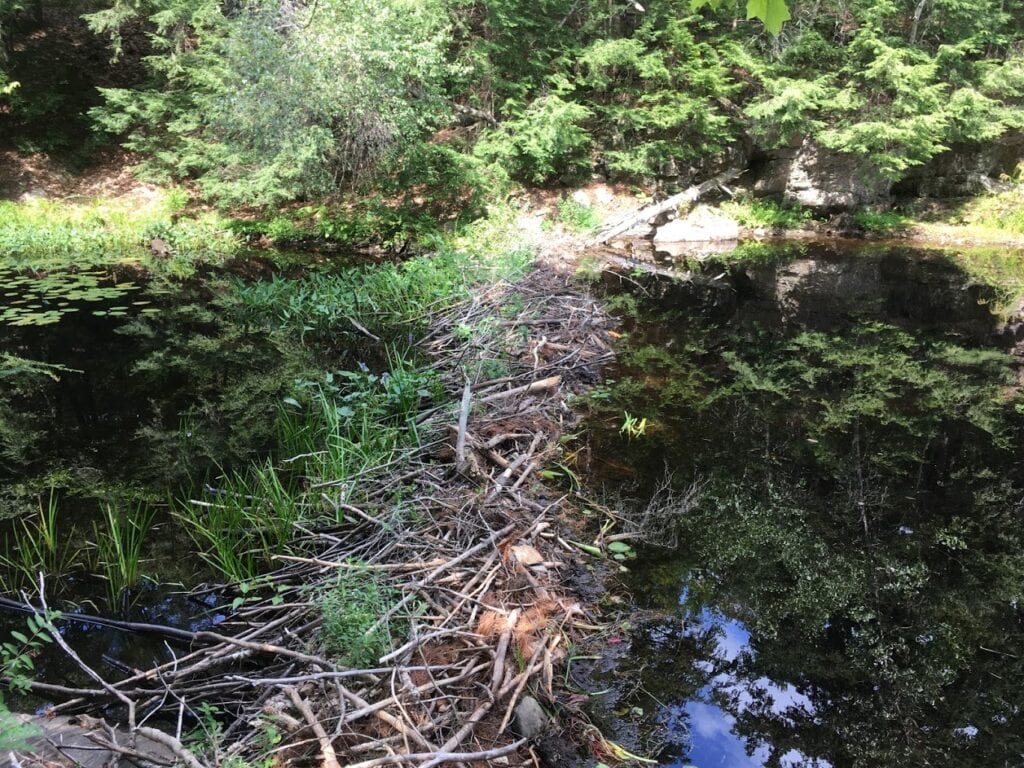